Inflation volatility does not go up with inflation

Uncertainty isn't exactly the same as volatility, but in practice we often equate the two when we economists do empirical work.  So, while I'm not a macro guy, a long, long time ago I wrote a paper for a graduate macro class on the link between inflation and inflation uncertainty. I just used standard time series analysis to predict inflation and then looked at my prediction error in relation to the level of inflation.  I didn't see much of a link even then.

Today I see even less of one.  To be honest, I haven't run the regressions.  I'm just looking at this picture from FRED. 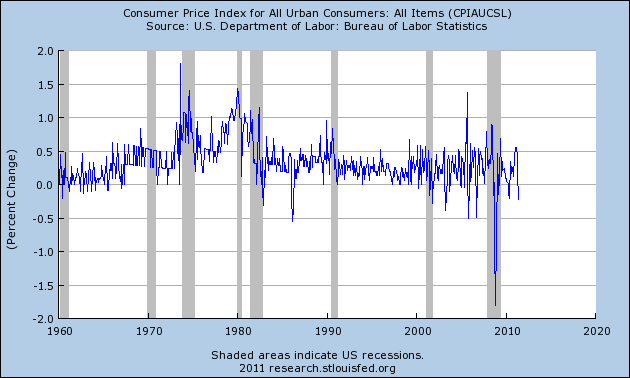 The real macro guys probably have a good explanation for this.  But whatever it may be, I also wonder if somewhat higher rates of inflation--say the 3-4 percent we had in the 90s, would actually be more stable.

Could this be yet another reason to have a higher inflation target?