May 03, 2011
There are many reasons for high commodity prices.  But recent data from FAO shows a pretty rapid slowdown in productivity growth.  The price spike in 2008 occurred in a particularly bad year in which yields declined on a worldwide basis for three of the four largest food commodities.  In 2009 all four of the majors saw yield declines, something that hasn't happened since 1974.  2010 couldn't have been much better and was probably worse, given how bad things were in the U.S, the world's largest producer and exporter (worldwide data for 2010 isn't available yet). 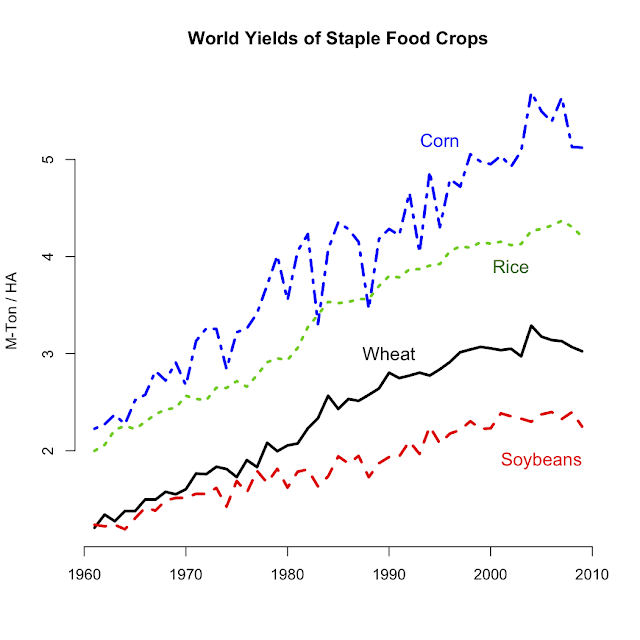 The yield slowdown comes at a particularly unfortunate time, with accelerating demand from emerging economies like China and subsidy-driven expansion of ethanol.  Keep in mind: we need productivity growth to accelerate considerably to keep up with projected demand growth.  FAO says we need 70 percent higher yields by 2050.  (Although I'd like to do my own projections, and will one of these days...)

Maybe it's just bad luck with the weather.  But I think it just may be a longer run phenomenon.

Yeah, resource scarcity will be in the news for awhile yet.

Update:  Lots of interesting commentary over at Mark Thoma's blog.  Nice of him to feature this post! (Thanks Mark!).  One question came up about planted area diluting yields through expansion onto marginal lands.  There might be some of that.  But I think it's mainly a combination of weather and slowing technological progress in breeding.  Cutbacks on basic science research do have consequences.  And so does climate change, even if it hasn't affected the US, yet. 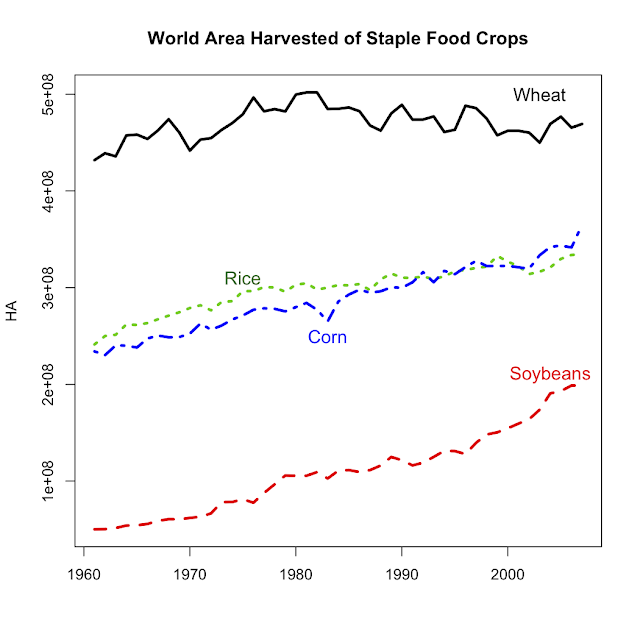