August 11, 2012
My colleague Wolfram Schlenker has developed forecasts for this year's corn yield based on weather through August 6.  We've been considered pessimists by some, since this model predicts really big declines in crop yields under projected climate change.  But this year we're the optimists: our model predicts a US yield only a 14 percent below trend. That's bad, but it's not nearly as bad as USDA's forecast last Friday of 25 percent below trend.


All weather variables in the model are season totals for March 1st - August 31st. The following graph combines actual weather observations for March 1st-August 6, 2012 with historic averages for August 7th-August 31st in each county.  Once the actual weather for the rest of August is realized, the predictions will obviously change dependent on whether it warmer or cooler than usual. 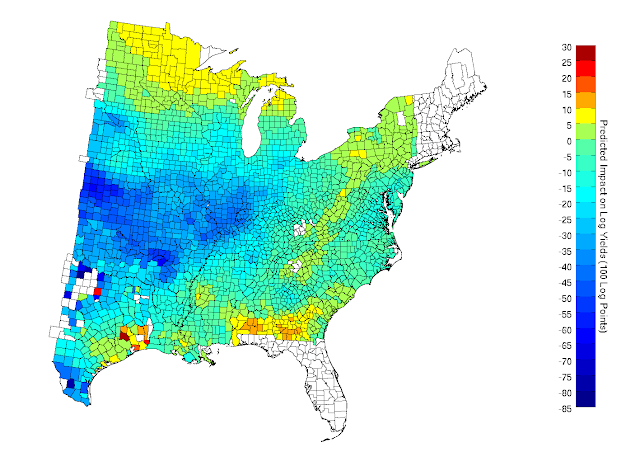