May 16, 2012
In my last post I suggested we've been lucky so far when in comes to weather in the crucial corn belt region.  Although temperatures have been rising, at least in the corn belt during the key summer months, it's been relatively temperate.

I've just gained new appreciation for how lucky we've been.

I found these charts in a draft paper (PDF) by Jim Hansen and coauthors.  They show a remarkable shift in recent decades in the incidence of extreme temperatures, especially over land in the northern hemisphere (the bottom three charts in the first panel of six). The shift in summer temperatures in just the last two decades is tremendous.  The frequency of "very hot" temperatures has more than tripled (bottom-right chart, in the second panel of six).

I can see 1983 and 1988, the most recent two hot years that killed crop production in the crucial corn belt region. And while the whole northern hemisphere has seen a lot more very hot temperatures since then, luckily that hasn't happened in the places it matters most for food production.

I fear the next decade is about to get very interesting... 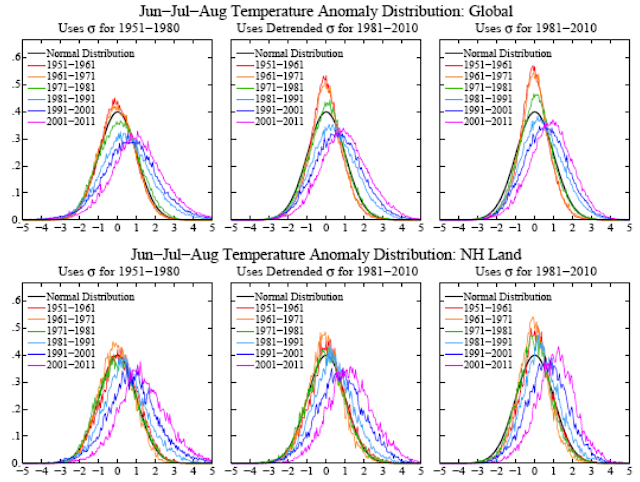 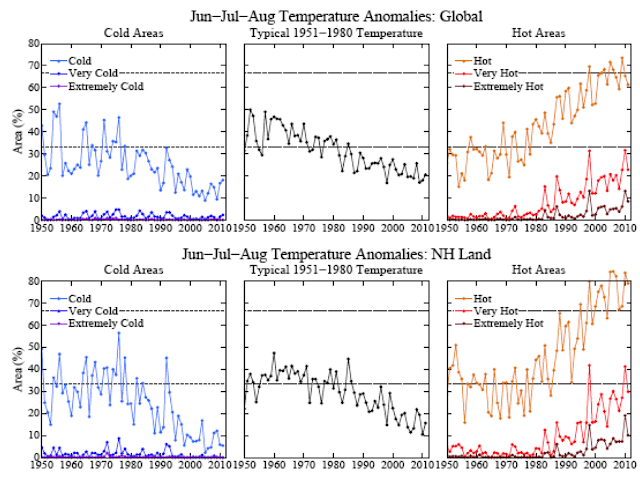