July 13, 2009
I noted this stylized fact in an earlier post, but I think it is important enough to emphasize again: Over the last 100 years most variation in crop production comes from agricultural policy. But it's a lot different from what gets reported in the popular press. Or even the journals. It's primarily conservation policies that pay farmers not to plant. Effects of production subsidies are (probably) quite modest and mainly have indirect effects that are hard to figure out. 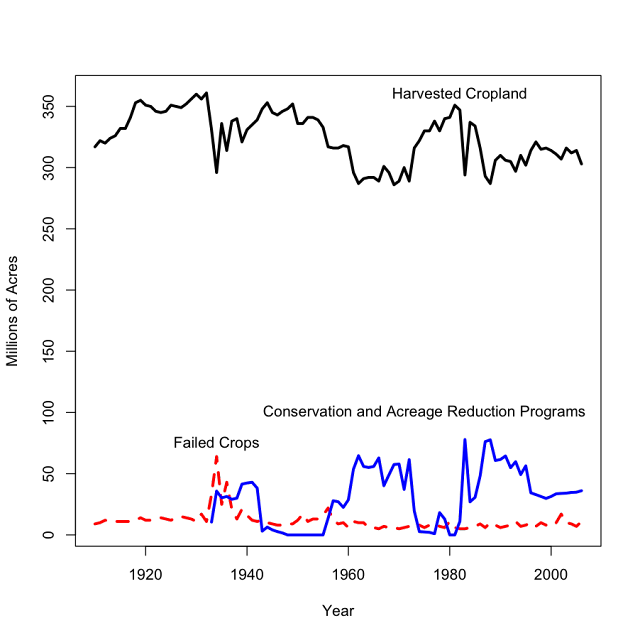 It's also interesting to note that while production has increase steadily with yields, there is no discernible trend in crop acreage: it's been about 300-350 million acres for a hundred years. That's about the size of nine or ten average-sized states (the area of North Carolina is 34.5 million acres).

So what drives variations in conservation acreage? That would be prices. Acres in conservation increase when prices fall, and vice versa. Which brings me to the second graph: it shows conservation acreage plotted with an index of key commodity prices (corn, soybeans and wheat, which comprise most U.S. cropland), adjusted for inflation and lagged one year. I lagged the price index one year because it takes a year for policy to respond to prices. 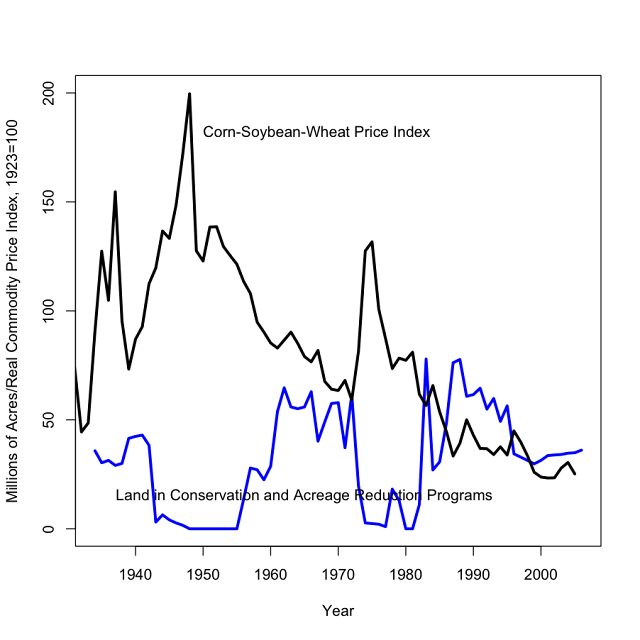 It could be that harvested cropland would have responded to price fluctuations even without changes in conservation policy. But I think that's a tough argument to make.

Anyhow, I wish both popular and scholarly reporting on agricultural policy and commodity prices would keep in mind the central importance of conservation policy.